You maintain a popular Twitter account , tweeting in English about everything from the latest Vatican headlines to your morning cup of coffee and the cigars your Habsburg grandmother used to smoke. What inspired you to take up social media in this way?

Honestly, the fun of it. I have mostly had positive experiences on Twitter, and a great many friendships of recent years would have been impossible without it. We definitely disagree on quite a lot of things, but agree on humanist principles and the right to express opinions. Many Europeans know you as a writer, but your works have not been translated into English. Can you summarize for American readers your work in that area? I have to say that my literary output was a by-product of my screenwriting for TV and finally cinema, too. And I wrote two guides to castles.

Fingers crossed. Who are your role models in the faith, living or dead? When his head was on the chopping block he made one last witty remark. I love Pope Gregory the Great for doing the right thing in a very difficult time of chaos and war.


Blessed Karl of Austria for balancing being an Emperor and a great family father in time of total breakdown. You see the pattern: Men who did the right thing in very difficult times. My favorite spiritual writings are the autobiographical writings of Saint Therese of Lisieux. My central and most important prayer time is Lauds which, by the grace of God, I manage to have almost every day. I do it before we wake up the kids, with a steaming cup of coffee, which of course reminds me of the old Jesuit and Dominican joke about whether you're allowed to smoke while praying. Although your family has renounced its claim to the throne and taken up public service, the Habsburgs continue to intermarry with other European nobility, inspiring speculation that the family stills hope to regain its titles and land one day if not its crown.

How do you respond to this speculation? What are your hopes for the future? That Europe finds its core again and grows ever stronger and larger. That the church steers through the current difficult times and emerges fresher, renewed and centered on its values. That modern media contribute to better understanding between people.

I am fundamentally an optimist. What a delightful interview! The good Ambassador's example is an inspiration for gathering together family, faith, heritage and a mission for peace. I share his optimism after reading this! Thanks for reading. The popes stopped crowning the Habsburgs as emperors of the Romans several centuries ago, but Habsburg emperors continued to be addressed as such until After , the Habsburgs continued to claim the title even though they had given up insisting on it in public addresses, but changed all that. And I think much of the retrospective terminology "Holy Roman Emperor" itself was never an official title until historians started using it depends on whether you buy the old Habsburg claims. 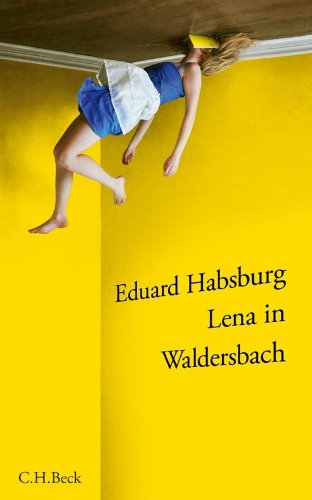 Although Austria and the world considered Blessed Karl's departure in to be an "abdication," for instance, Karl himself rejected the term and said he was merely stepping back from affairs of the state while hoping to return. So in my first interview question, I recognized the Habsburg emperors' undisputed claim to be rightful heirs to the Holy Roman emperors right up to , as they were heads of state.

But I called Karl's departure an "abdication" since most of the world considered it to be such as a stipulation of the peace of 11 November Anyhow, while I think it's fair to quibble about these terms, it's largely an academic point these days. In Francis II, foreseeing that Napoleon would either force the dissolution of the Holy Roman Empire or claim the title for himself, created a new imperial title emperor of Austria. Unlike the title of Holy Roman Emperor which was conferred by the imperial electors, this was a hereditary title.

It was modified in From then on, the Habsburg monarch was called emperor of the Austro-Hungarian Empire. After the Habsburg monarchs were never called Holy Roman Emporers. Yes, Mr. Finley, that's correct: The Habsburg emperors stopped "using" the title. But they continued in to "hold" it as sole claimants and heirs, hoping one day to restore the empire. Just as Emperor Charles, in , denied he was "abdicating" the throne in the hopes of perhaps one day returning to Austria or Hungary.

Historically, the Habsburgs have been a patient family, playing their claims close to the vest even after abandoning certain usages publicly.

Today I don't believe Ambassador Eduard Habsburg or any of his family openly advocates for restoring their crown, titles, or lands, having renounced their main claim to the crown publicly, but his quixotic answer to my interview question also doesn't reject lighthearted speculation about things changing. Again, there was never actually a "Holy Roman Emperor" title that anybody ever used until historians applied it retroactively, so much of this debate feels semantic. Whether you say Karl "abdicated" as history records or "withdrew for a time from affairs of the state" as he himself put it, and whether you say that the Austro-Hungarian emperor in held the title of Holy Roman Emperor or that his claim ceased when he stopped using it publicly to keep it away from Napoleon, you are entitled to your perspective.

But there are different perspectives and legitimate ways of describing those realities from our vantage point years later. And I wonder if that's really the most important piece of interest in the interview; personally, I am more interested in what the Habsburgs are doing today than in the claims they maintained years ago. As a Magyar-American myself, a. Szalai Janos to my distant cousins in the old country, I must admit I am somewhat more interested in the current state of Central Europe and the issues facing it that Ambassador Habsburg represents to the Holy Father.

But I think we have both made our points here. If I could be so bold as to change the subject, perhaps we might at least agree to pray for each other and for the various issues like migration facing Central Europe today. The title of office of Holy Roman Emperor was not a hereditary office unlike the head of the House of Austria which was hereditary and by virtue of the Pragmatic Sanction could be inherited by a woman.

It was an elective office to which only a a man could be elected. When there was a vacancy the seven prince electors chose a new emperor. From the late s until the electors chose a Hapsburg every time but one. The one time that a Habsburg was not chosen was when Maria Theresa was the head of the Habsburgs.


She was ineligible since a woman could not be elected. From onward no Habsburg had a claim on the title which could only be filled by election. There never was a hereditary claim possible.

“The desire to change the world” - Georg Büchner: Goethe-Institut

Finley, that's correct. Again, my usage in this case took the Habsburg perspective from that time period and was correct from that angle, just as it was correct by the same logic for me to say above that the ambassador is also known as "Archduke Eduard of Austria" "archduke" being a title that was formally dissolved along with the Archduchy of Austria in , but continued to be used and claimed most immediately by the children of Emperor Charles I, who likewise continued to call himself "emperor" after 11 November to some people even now in So if you want to be completely consistent, you can likewise point out that Ambassador Eduard is not an archduke despite being called such by some people today, Emperor Charles I despite calling himself otherwise was no longer emperor after , his descendants despite claiming such were not actually archdukes after , and his son Crown Prince Otto von Habsburg who didn't formally renounce that title until well into the 20th century was not actually crown prince after the empire along with that role was dissolved Those judgments come from today's vantage point and are quite valid indeed.

But so is the usage I adopted in this article. So you are welcome to disagree with my assertion that the Habsburgs have historically continued to hold titles like "archduke" and "crown prince" and "Holy Roman Emperor" as their heirs long after such offices formally expired, but I believe that in the Habsburg emperor did continue to claim the title "Holy Roman Emperor" as its successor in the event of a Holy Roman restoration, despite the crown not being hereditary.

It was made available for digital download the following day, becoming Germany's fastest selling digital release ever. It debuted at number one in the German singles chart and has since been certified double platinum. Frost, the song's lyricist , explained, "It deals with all the crazy hidden things a girl does and feels when she is in love. A man can make her feel everything at once, joyful but also tormented and helpless. A ballad version was sung by contestant Jennifer Braun. Through televoting , the audience chose "Satellite" to be Meyer-Landrut's designated song in case she won the show.

The maxi single of Meyer-Landrut's "Satellite", which also includes her other two songs from the final, "Bee" and "Love Me", was released three days later on 16 March With , downloads sold, "Satellite" is the second-best selling download single in Germany since , when such records began being kept. It is behind Lady Gaga's hit " Poker Face ", which was downloaded more than , times. On 16 March , the video premiered on public broadcaster Das Erste right before Germany's most watched evening news bulletin Tagesschau.

Shortly after, it was simultaneously shown on four private stations Sat. The video reached By representing a "big four" country , it was automatically qualified for the final. Germany received a wild card during the running order draw, which allowed the German representatives to pick the country's position for the final. They chose position 22 out of the 25 spots. Meyer-Landrut arrived one week before the show in Oslo, Norway, where she completed five rehearsals of "Satellite". Prior to the final, the song was considered as one of the favourites.

Bookmakers regarded it second favourite behind Azerbaijan 's " Drip Drop ", while Google projected it would win based on search volume in the participating countries. The final was held on 29 May at Oslo's Telenor Arena. Appearing fourth from last, Meyer-Landrut wore a simple black dress and performed on a bare stage with four backing singers. Her pared-back presentation reflected a trend that has had success at recent Eurovisions, as it did not feature any form of choreography, dancers or elaborate stage show.

After the contest it re-entered the iTunes singles charts in several countries. From Wikipedia, the free encyclopedia. CD single digital download. Lena Meyer-Landrut.